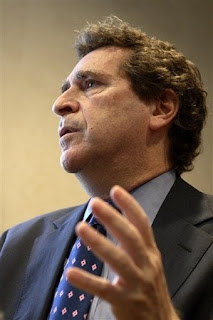 “Nobody’s opposed to Columbia expanding. They’re opposed to eminent domain,” attorney Norman Siegel said in his closing remarks before a five-judge panel of the Appellate Division, First Department. “The [skeptical] questions [from the Court] I hope will reflect the decision.”

Harlem State Senator Bill Perkins, speaking after the hearing on the sidewalk outside the courthouse, at 25th Street and Madison Avenue, was blunt: “It looks like Columbia’s going to lose.”

From Perkins' lips to God's ears... WP United members were present at the hearing yesterday and Siegel's argument was nothing short of brilliant. The state couldn't answer the judges' questions.
Posted by Willets Point United at 9:44 AM