In the run up to the city council land use vote on Willets Point one thing is crystal clear: no one bothered to even read the fictional narrative prepared by AKRF in lieu of an actual environmental review. If they had, a great deal of negotiated modification would have occurred-spurred by local council members concerned about just how to mitigate the 80,000 cars a day that the project will generate (and that's according to the low ball figures provided by the city's favorite consulting lap dog).

And in addition, there might have been more safeguards negotiated to insure that the final environmental review for the one actual mitigating factor-proposed ramps off of the Van Wyck-was done by an independent team of consultants, with a proviso that the entire review process be re-submitted to the council for approval. All of this might have happened if there was any genuine concern for environmental impacts at either the city council or the city planning commission.

The reality is, however, that the entire ULURP process has degenerated into a Kabuki theater performance-with the AKRF's and URS's of the world getting paid huge coin for an expensive pantomime act that is never really examined by any of the decision makers in the legislative play acting. In fact, as we told our consultant Ketcham-a true Diogenes in a world of liars for hire-the only time these traffic studies actually get read is when the Alliance hires him to review them.

So, while a reform of the ULURP fraud is way over due, we come back to the sleight-of-hand exercise on the Willets Point traffic stop. The original EIS-and its accompanying traffic study-was handled by the folks at AKRF, the same candid cameras who gave us the duel representation effort on the Columbia expansion scheme; representing the city for a blight study, and Columbia for the environmental review.

Now AKRF doesn't do the traffic work-and in the case of Willets Point the work was farmed out to an outfit called Eng-Wong Taub. Still, as we pointed out, E-WT's analysis, although alarming and severe, was still de minimis, underestimating just what the overall traffic volume would do to the contiguous communities. But what is truly alarming, is that the second subcontractor for the AMR (ramps) report-URS-has managed to submit traffic data that totally contradicts what is contained in the original traffic study done under ULURP for the original zoning application.

As Brian Ketcham's letter has told NYSDOT-the review agency for the ramps-the AMR report fails to account for the original documentation provided the city under CEQR: "However, I will show you that the draft AMR does not appear to fully account for the Willets Point Development Plan and other approved development in close proximity to the ramps that will generate approximately 100,000 trips per day in 2017 (including 80,000 from the Willets Point project) and will continue to do so in 2035."

Which means that AKRF-yes, once again-as the general contractor for both the FGEIS and the AMR report (or at least the consultant that was most familiar with both documents) has managed to keep quiet about what it should know intimately: that the two reports are contradictory, with the AMR document a clear attempt to both minimize and mislead the NYSDOT and the FHWA authority so that the ramps can be approved-even though they will apparently do little to mitigate the severe traffic impacts that the Willets Point development will foist on its neighboring communities.

All of which should provide ample fodder for a State Senate Transportation Committee hearing-and the fact that Senator Perkins, the official who has led the fight against agency/consultant collusion, also sits on the committee is fortuitous for those who want to put an end to fixed development games sponsored by quasi-independent state or city agencies. In the case of Willets Point, sunlight will be the best disinfectant.
Posted by Willets Point United at 1:42 AM

Change is in the air

“I think people are really getting a foul smell from what’s been going on,” said Michael Rikon, a lawyer who represents business owners in the Willets Point section of Queens, where the city intends to condemn property to make way for a large redevelopment project.

Mr. Siegel said New York was the only state that did not permit people resisting condemnation to be heard at the trial-court level, where there would be an opportunity for discovery and cross-examination of witnesses.

A provision to require trial-level review could be part of new legislation being drafted by Mr. Perkins, said Amy Lavine, a staff attorney with Albany Law School’s Government Law Center, who is advising the state senator. At the top of her list is substituting a specific definition of blight for the current standard of “substandard and insanitary.”

One model might be Pennsylvania’s law from 2006, which permits a blight finding only when a substantial number of properties meet certain conditions like being “unfit for public habitation” or having been tax delinquent for two years. “It’s about making sure there are objective standards relating to public health and safety,” Ms. Lavine said.

Senator Perkins, who quoted the conservative columnist George Will with approval at the public hearing, said he expected to build a bipartisan coalition to improve the condemnation process. “Eminent domain is like a gun to people’s head,” he said.
Posted by Willets Point United at 8:24 PM


This is the video of the entire eminent domain hearing held on January 5th by Senator Bill Perkins.
Posted by Willets Point United at 11:03 AM

We have not yet begun to fight!

The city Economic Development Corp. expects to issue a request for proposals this year to selected developers to rezone the southwest section of Willets Point, a spokesman said.

But some property owners in the downtrodden, 62-acre Iron Triangle say there are still obstacles the agency must overcome before it can bring in the bulldozers.

"The focal point in the new year is going to be on the evaluation of the [building of] ramps off the Van Wyck Expressway," said Richard Lipsky, a lobbyist for Willets Point United, a group of business owners.

For the city to condemn the land for redevelopment, plans for traffic flow to and from the north-south thoroughfare must be approved by the state Transportation Department and the Federal Highway Administration, Lipsky said.

The city is confident an agreement will be made on the new construction.

"The project would completely debilitate the Van Wyck," said Michael Gerrard, a lawyer for...Willets Point [United]. "The amount of traffic would create a multi-mile, perpetual gridlock."

The group vowed to continue fighting the city to keep it from taking the land.

"It will be a very contentious year at Willets Point," Gerrard said.
Posted by Willets Point United at 11:16 PM

Blight, the mafia and the EDC 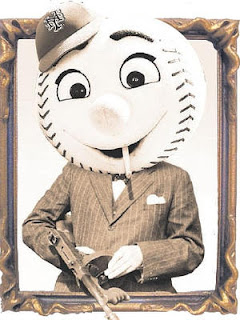 Ah, "blight" - such a fuzzy term when it comes to eminent domain. Willets Point was deemed "blighted" in 2008 in part because the mafia at one point ran a car theft ring here - which was busted up way back in 2000. (Little to no crime happens at Willets Point - just check the police stats.) Yet we've received word this weekend via the NY Post that the NYC Economic Development Corporation, the entity that wants to condemn our property for crimes committed years ago by others, authorized payment of taxpayer money to mafia-owned businesses that worked on Citifield, which sits right across the street from Willets Point.

So what's considered to be justification for "blight" on one side of 126th Street is just "regular business" on the other. If you're banned from doing business with the city as a contractor, don't fret - you can just do it as a subcontractor!
Posted by Willets Point United at 11:55 AM

George Will vs. eminent domain abuse

From syndicated columnist George Will in the Washington Post:

On Aug. 27, 1776, British forces routed George Washington's novice army in the Battle of Brooklyn, which was fought in fields and woods where today the battle of Prospect Heights is being fought. Americans' liberty is again under assault, but this time by overbearing American governments.

The fight involves an especially egregious example of today's eminent domain racket. The issue is a form of government theft that the Supreme Court encouraged with its worst decision of the past decade -- one that probably will be radically revised in this one.

The Constitution says that government may not take private property other than for a "public use." By "public," the Framers, who did not scatter adjectives carelessly, meant uses -- roads, bridges, parks, public buildings -- directly owned or primarily used by the general public. In 1954, however, in a case concerning a crime- and infectious-disease-ridden section of Washington, D.C., the court expanded the notion of "public use" to include removing "blight."

Since then, that term, untethered from serious social dangers, has become elastic in the service of avarice.
Posted by Willets Point United at 11:26 AM