Willets Point United ("WPU") members Irene Prestigiacomo and Joseph Adizzone were each presented with the Grassroots Leadership Award by the Property Rights Foundation of America ("PRFA") during its annual conference, held this year in Latham, New York. The awards are in recognition of their "Dedication to Preserving the Business Community of Willets Point, New York". In addition, Queens-based documentary video producer Robert LoScalzo, who has been tracking the Willets Point story since 2007, received PRFA's Fourteenth Annual Private Property Rights Advocate Award in recognition of his "Dedication to the Preservation of Human Rights Guaranteed in the United States Constitution". 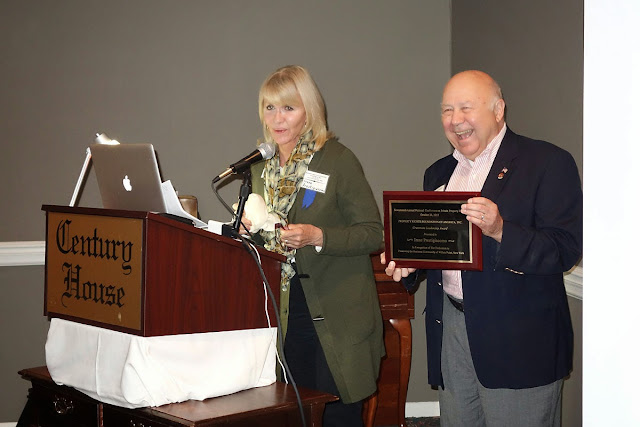 2013 is the fourth consecutive year that WPU members have travelled north of Albany to deliver a presentation during the PRFA conference, which is attended by property owners, civic leaders, scholars, attorneys and others. PRFA (http://prfamerica.org) is a national, grassroots, New York-based not-profit organization dedicated to the right to own and use private property in all its fullness as guaranteed in the United States Constitution. In 2011, PRFA submitted a friend-of-the-court Amicus legal brief in support of WPU in our court case opposing the City's attempt to use eminent domain to forcibly acquire Willets Point property (a case that ended with the City agreeing not to proceed under its eminent domain Determination and Findings, as WPU wanted). This year, PRFA President Carol LaGrasse travelled to New York City to testify in opposition to the Willets Point development / Willets West mall on parkland, at the City Council on September 3, 2013. 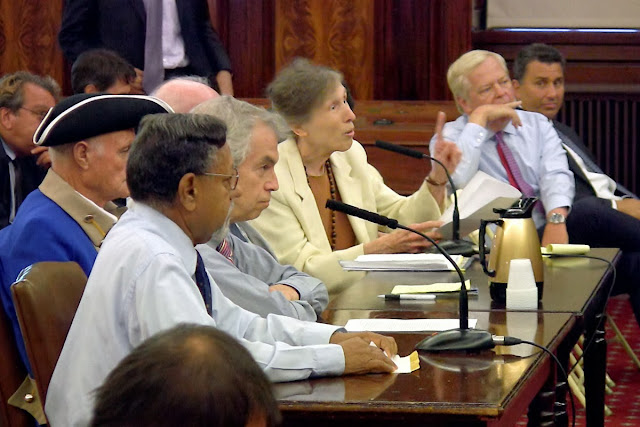 Robert G. Prentiss, former New York State Assemblyman, presented the awards on behalf of PRFA to individuals he described as "true champions of 'property rights for the people'". No one was told in advance who the recipients would be, so Prentiss' revelation of each award was a surprise.

In announcing the award to WPU's Irene Prestigiacomo, Pretiss said, "It is one thing to fight for others, staying in the background or when you are not personally threatened. But it is another thing when you stand up, and keep standing up, not just to fight for your own property, but to battle for your friends and neighbors when they are threatened – with the threat raised high by the tactics of the most powerful people in the government of the City of New York. This is what the gracious lady Irene Prestigiacomo has been doing."

Prentiss described Prestigiacomo's actions at Willets Point, speeches at prior PRFA conferences, and testimony to the City Planning Commission and to the City Council opposing "the radical plan to wipe out the [Willets Point] community for a parking lot".

Prentiss introduced award recipient Joseph Ardizzone as "the only resident of Willets Point" who "truly cares for the community and speaks with clarion impact, illustrating with his own person dressed as a Revolutionary War officer how our Constitutionally-protected rights were won so hard by the patriots over two centuries ago." 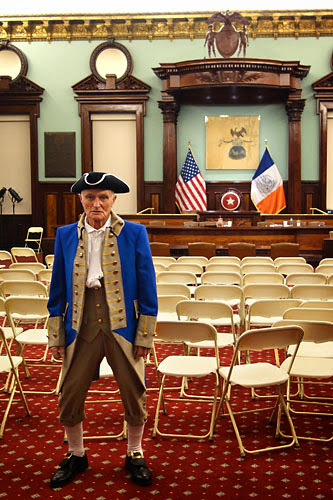 Ardizzone "has not only stood for Willets Point, but has stood with others in the City where wealthy interests such as Columbia University utilized eminent domain against neighborhood businesses. When a rally was held at the Court of Appeals because the fate of the businesses in the area west of Columbia University was being decided, he staunchly stood before the crowd and spoke for the rights of the people."

Prestigiacomo and Ardizzone were very surprised and humbled to receive the PRFA awards to enthusiastic and lengthy applause. 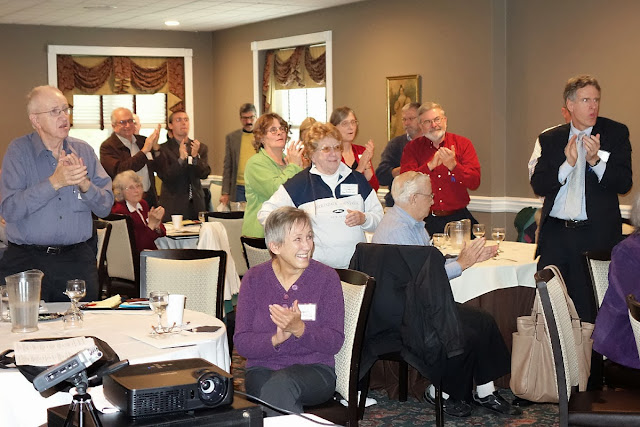 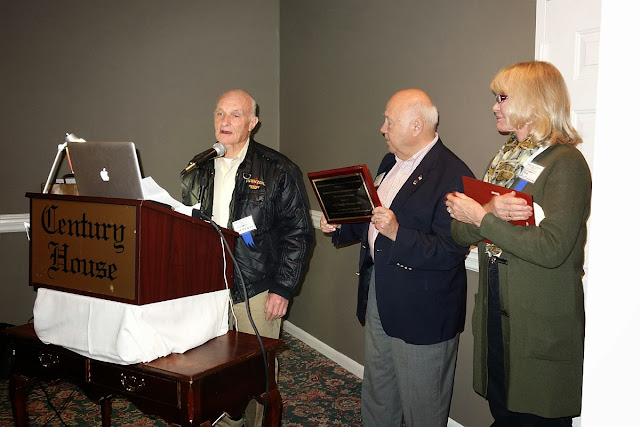 "I'm overwhelmed," said Prestigiacomo at the podium. "I'm truly blessed with the people that I've met and that I've come to know. I continue to fight because I have a passion, like you do, for what's happening in this country, let alone what's happening in New York, with our constitutional rights."

Ardizzone, who is especially outraged by Mayor Michael Bloomberg dictating the sacrifice of 40+ acres of public Queens parkland for construction of the Willets West mall, remarked: "Thank you everyone that's here, to see what's actually going on in this country. Our rights are being taken away from us. I'm totally against that. We should continue fully and wholeheartedly, and do the best we can, to preserve the rights of the American citizens."

WPU is very proud that our members and their efforts have been recognized by PRFA with these Grassroots Leadership Awards.

In Mayor Michael Bloomberg's New York City, the principles of private property unfortunately are not honored and such awards are unheard of – but thankfully, that is not the case everywhere. We are gratified by our strong relationship with PRFA and by its support for our ongoing opposition to the Willets Point development / Willets West mall on parkland. 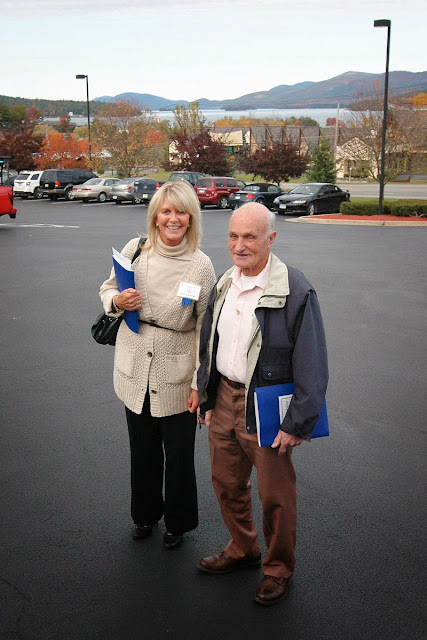