Here's a map of where everyone in our group is, courtesy of the Iron Triangle Tracker:

Short history of our battle 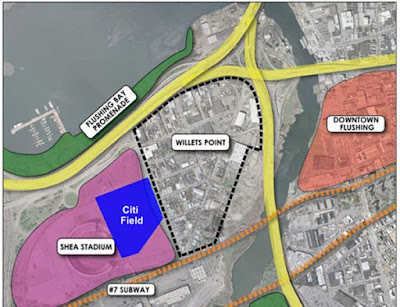 Welcome to our blog. We are glad you found us. In case you don't know our story, we'll get you up to speed. Willets Point is home to 250 businesses and more than 1800 employees, most of whom reside in our borough of Queens. Despite our having paid millions of dollars in taxes over the years, the City has denied us basic services such as a sewage system (we are forced to maintain septic tanks), road repair (there have been hundreds of potholes throughout the area for decades) and snow removal and salting (we have to plow and salt the streets ourselves). So the area looks like this: 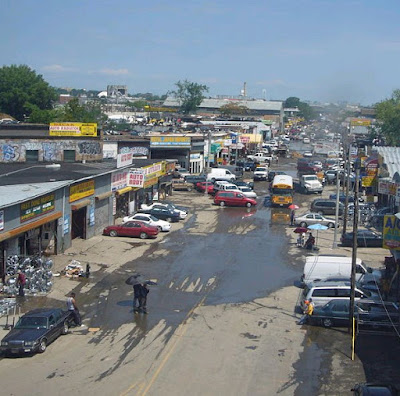 Photo from The Real Deal

Several years ago, the City of New York unveiled its plan to redevelop our industrial neighborhood into a glitzy fantasy land of shops, hotels and condos, with a convention center thrown in, because the Mets were building a new ballpark across the street and the City didn't want visitors to have to gaze upon the blight they created by intentionally neglecting our area. 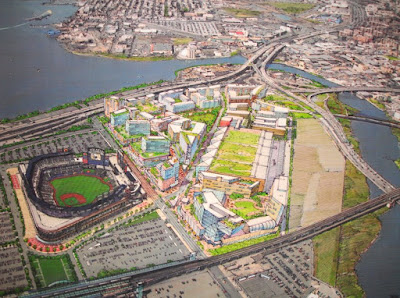 The City's rendering of what they would like to see on our land.

So where does that leave us? The City promised it would retrain our workers for new jobs and adequately compensate us for our relocation. Yet, since the City Council passed the rezoning plan for Willets Point on November 13, 2008, not one deal has been struck, no talks have taken place and no employee retraining has been offered. This leads us to believe that the City is planning to use eminent domain to clear us out. This will destroy our livelihoods.

Three businesses were offered last-minute deals to stay at Willets Point for an additional 15 years. The rest of us expect to receive the same offer from the City. Anything less would be unfair and to take our land from us and hand it over to a private developer would be un-American.
Posted by Willets Point United at 7:54 PM