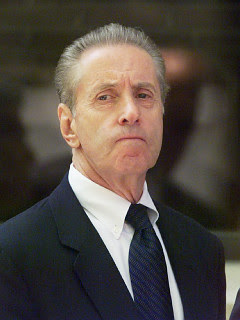 At first, the Willets Point community thought it needed to fear only the city, which would seek to condemn the land they live and work on as an environmental hazard, seize it under eminent domain and then sell it off to a real estate developer.

Now they realize their enemy is not only the city but the Mets.

"Since 1994, Fred Wilpon told us, 'We've co-existed with you for 40 years and we can continue to co-exist with you,' " said Richard Musick, the spokesman for the Willets Point Business Association. "But about two years ago, he stopped returning our phone calls."

Yesterday, the other shoe dropped. At a meeting with politicians at Tully Construction on Northern Boulevard, city councilman Thomas White Jr. passed along the bad news: Wilpon had changed his mind. "He said, 'The junkyards gotta go,'" White told the group.

Since that time, Wilpon has lost $500 million to Bernie Madoff. Some call it bad luck. We call it karma.
Posted by Willets Point United at 10:39 AM