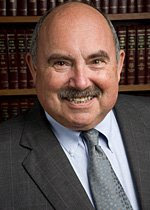 Willets Point United Against Eminent Domain Abuse, a coalition of two dozen business and land owners in Queens, NY has hired Michael Rikon of the law firm Goldstein, Goldstein, Rikon and Gottlieb, a nationally renowned expert in eminent domain law, to represent them during the upcoming eminent domain battle with the City of New York.

Michael Rikon has been practicing law in New York since being admitted to the State Bar in 1969. Before forming the firm of Goldstein, Goldstein & Rikon in 1994, Mr. Rikon had a successful private practice, founded in 1980, specializing in condemnation law, real estate and litigation in the Court of Claims. From 1973 to 1980, Mr. Rikon served as a law clerk to the Honorable Albert A. Blinder of the New York State Court of Claims. Mr. Rikon began his law career as an Assistant Corporation Counsel for the City of New York, a position he held from 1969 to 1973, where he was a senior trial attorney in the Condemnation Division.

Mr. Rikon also contributes to professional journals in subjects related to the practice of condemnation law. In 1973 and 1974, Mr. Rikon was a special consultant to the New York State Commission on Eminent Domain and assisted in drafting New York's Eminent Domain Procedure Law.

Goldstein, Goldstein, Rikon & Gottlieb, P.C. is a law firm which limits its practice to condemnation law.

On June 3, 2009, the City of New York announced that it would begin condemnation proceedings against the remaining property owners at Willets Point, despite the fact that only 2 acquisition deals have been made since the November 13, 2008 City Council vote that approved the Willets Point redevelopment project. The City Council made it clear that eminent domain was only to be used as a last resort.

Earlier this year, the City’s Economic Development Corporation made phone calls to many of the businesses and told them that negotiations were on hold until next year. Then earlier this month, these same property owners were notified that they would soon receive letters announcing a public hearing about the use of eminent domain – a signal that the City plans to use eminent domain to take the rest of the properties.

“The City promised that eminent domain would only be used to take property from ‘1 or 2 hold outs’ – which is a far cry from the 59 landowners, or 80% of those who are left ,” said Jake Bono, Spokesperson for Willets Point United.

“Thankfully, we have Mr. Rikon, who will vigorously represent us on all matters until we achieve victory. This will protect future generations from being subject to abusive New York City eminent domain practices.”

Posted by Willets Point United at 11:41 AM