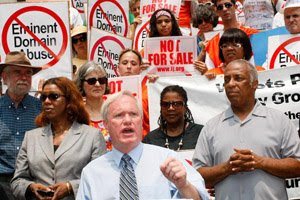 Why: The City Economic Development Corporation has announced condemnation proceedings against Willets Point business and property owners while Article 78 challenge is still pending in court. EDC has also decided to do this before negotiating with property owners and after telling many of them that negotiations will not start for more than a year.
Posted by Willets Point United at 12:18 AM