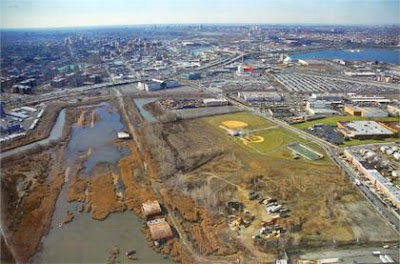 The Queens Chronicle has an article about College Point residents protesting the move of 5 Willets Point businesses to the old Flushing Airport site:

Many voiced agreement when Avella (D-Bayside), one of the rally organizers, said that Willets Point businesses should remain in Willets Point.

Her friend, Debra Raehje agreed. “Are they embarrassed of having those businesses next to their new stadium?” she asked. “Let them fix up Willets Point.”

Another protester who gave his name only as Mario believed he had an even better solution. “They should put the businesses where Bloomberg lives,” he said.