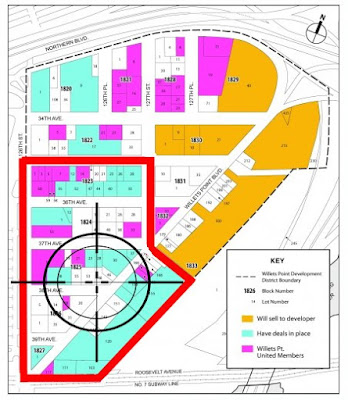 Instead of negotiating as they said they would, the City has sent the NYPD and Department of Buildings to Willets Point to harass business and property owners. Last Thursday and Friday, they evicted tenant businesses, claiming their structures were unsafe.

They are concentrating their efforts in the area below 35th Avenue, which is the site they have announced will be developed first.

This is exactly the kind of strong-arm tactic we have come to expect from the EDC and Mayor Bloomberg. They are trying to deprive holdout landlords of rent and motivate them to ink a deal with the city.
Posted by Willets Point United at 7:49 AM