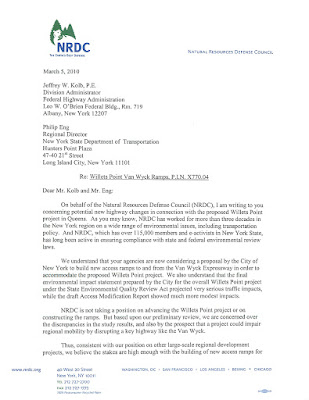 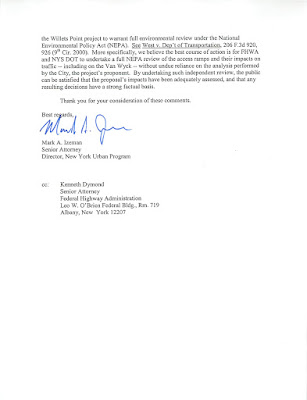 In this morning's Crain's we get a further report on the FHWA's boneheaded and indefensible decision to approve the Van Wyck ramps-against the wishes of every single Queens civic group that we have spoken to. What struck us the most was just how clueless Congressman Virginia Joe Crowley is about all this:

"The state Department of Transportation will need to approve design and construction of the ramps, but the federal approval was seen as the much bigger hurdle. Rep. Joseph Crowley played a key role in keeping the ramp issue high on the agenda of the Highway Administration and state Department of Transportation, a spokeswoman for the congressman said. Mr. Crowley stressed to them the job creating impact the project would have for Queens."

We understand why someone who lives in Virginia but who gorges at New York City feasts would be interested in all of those jobs-ca ching! We can hear all of the change being counted down at the headquarters of the Queens Democratic Party. Contractors, real estate developers, construction unions-everyone but the residents of the borough who will suffer through the gridlock that this project will create if it ever goes through. But Virginia roads will still be quite passable, thank you Joe.

But what the Crowley comment underscores is how ass backwards the regulators are. The Congressman understands that the development is contingent on the ramp approval-and by doing so dramatizes just how badly wrong the FHWA is when it accepts as its baseline the building of the development and its ridiculous assertion that the 62 acre project won't have any significant impact "on the human environment." Maybe not in Virginia.

Civic groups representing 10,000 households have resolved that the FHWA sghould hire an independent consultant to review the ramp impacts-a belief shared by the NRDC. NY's leading environmental group. But clearly, as the Crowley crowing points out, the federal agency put politics above people and it will be up to the court to put the feds in their place.

There is, however, an election in November, and it will be an opportunity for Queens' residents to put Joe Crowley in his place-right back in Virginia where he lives and belongs. 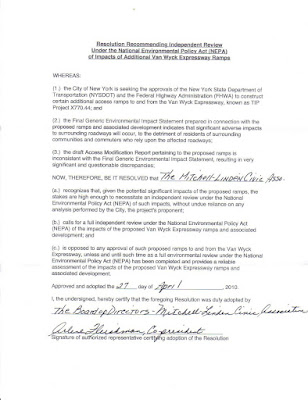 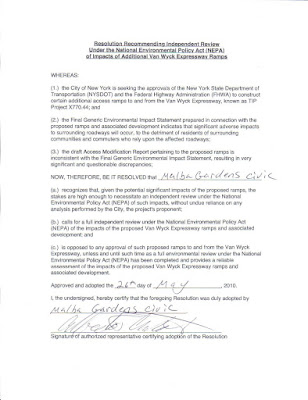 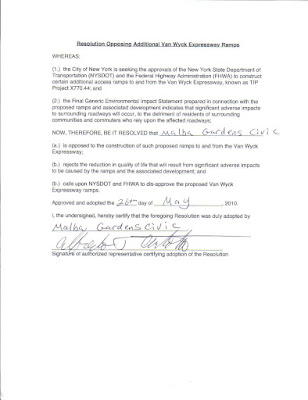 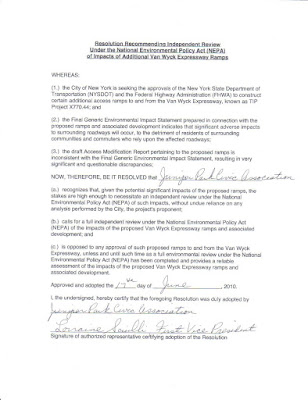 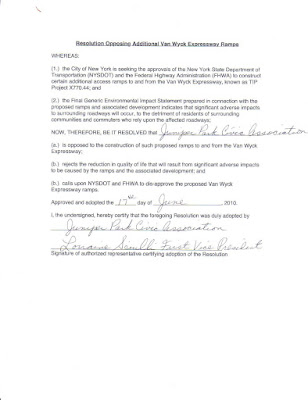 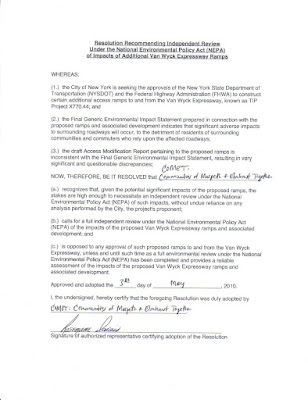 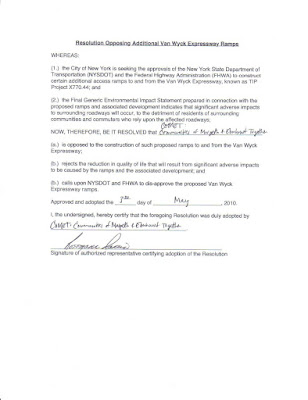 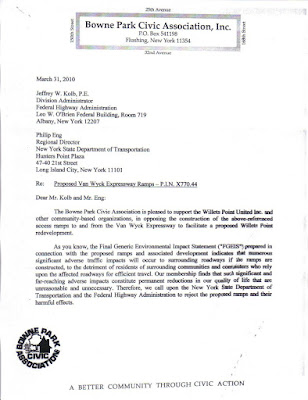 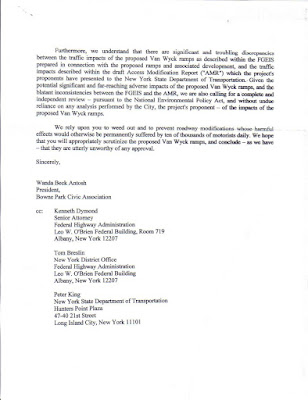