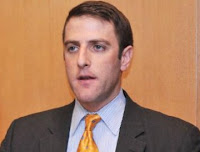 From the Gotham Gazette:

Also this morning, [New York City Economic Development Corp. Seth] Pinsky said the city is still negotiating with property owners in Queens so it can move forward with its Willets Point development. Currently, he said, the city has secured 70 percent of the property and is negotiating the relocation of other property owners for the final 30 percent.

Pinksy [sic] said the corporation is waiting out the economic downturn to put the project out to bid, which he projected could happen later this year or early 2011. The corporation put out a “request for qualifications” — the precursor to the actual request for proposals — late last year. They received 29 responses. The city will develop the area piece by piece, starting in the southwest, he added.

We suppose the delay has nothing to do with the fact that WPU has been meeting with NYS Dept of Transportation and the Federal Highway Administration to discuss the Van Wyck ramp project and Brian Ketcham's impressive analysis has caused both agencies to ask for EDC's traffic impact study to be redone. Which will take at least a year.

Or maybe none of the developers is qualified to take on such a huge project - especially not TDC, who along with EDC, can't even get their act together on a much smaller project in the middle of Flushing that was supposed to have been built 5 years ago.
Posted by Willets Point United at 9:47 AM